The Indian government has introduced “one nation one card” in addition to “one nation one tax.” The National Common Mobility Card (NCMC), often known as “One Nation One Card,” was proposed by PM Modi on March 4 of this year, and it was officially inaugurated in the Delhi Metro on December 29, 2020. This card’s primary goal is to simplify the payment process for all forms of public transportation. This will solve a number of travel-related problems, including the requirement to wait in line for tickets on buses, trains, and other public transportation.

Similar to the GST idea, when a single tax is implemented, citizens no longer have to pay several taxes at various platforms and levels. Similar to that, users of this card can pay for travel expenses and other services with just this one card on any form of transportation. It basically means that people can pay for buses, metro, parking, toll charges, retail purchases, and even money withdrawals using this interoperable transportation card. The Indian government’s plan is predicated on the idea that one card may be used in all payment systems.

This “one nation, one card” initiative, also known as the “National Common Mobility Card,” is a part of the Indian government’s “Make in India” effort. India has thus far had to rely on a foreign nation for its technological needs. This card was created domestically, demonstrating the lack of necessity for our nation to heavily rely on imported technology.

As an Indian citizen, you probably had a number of difficulties when travelling, such as standing in line for hours to buy tickets, fumbling for change, carrying cash, worrying about theft, and more. But now that you have this one card, all of your problems at payment terminals will be resolved.

You should not worry, therefore, if you have any queries concerning the government’s “one card, one card” approach. We are confident that you will. For the benefit of our readers, we have included all the crucial details concerning this endeavour. Simply read the text to increase your understanding of this specific technique.

What is the One Nation One Card Yojana?

A single card can be used for a variety of purchases under the “One Nation, One Card” principle. Users can make payments with this card for a variety of services, including transportation (such as buses and metros), paratransit (parking and tolls), smart cities, retail purchasing, etc. This format is already in use in many industrialised countries throughout the world, and it will soon be adopted in India.

One Nation One Card is an open-loop EMV-based payment card designed to provide users with a hassle-free experience at several payment and transportation systems across the nation.

The Ministry of Housing & Urban Affairs (MoHUA), the Government of India, came up with this idea. The Reader for this card was developed by Bharat Electronics Limited (BEL). Users can now travel using a variety of modes, purchase at physical locations, and use ATMs to withdraw cash, all with the use of a single card. The ticket booths do not need customers to fight for change. Customers will benefit from greater mobility and a smoother travel experience thanks to this card.

One Nation One Card was introduced by the PM, who described it as a hybrid of a mobility card and a RuPay card. The convenience of the customers was taken into account when developing the card. Customers are now required to carry separate cards for their daily banking needs and varied transit needs. Users receive the same rewards and loyalty points from partner banks as they do with debit and credit cards because it is an open-loop smart cards.

Only a few industrialised nations had access to this technology before, but now we have entered the club with this interoperable, scalable, dual interface, open loop payment card for the payment system. We might say that this card is a more sophisticated version of the smart card used for metro transit. However, individuals can use this National Common Mobility Card at several payment terminals and on a variety of modes of transportation.

Regarding the level of security for transactions made with this card: It has EMV Technology security. EMV is a widely used and accessible technology that helps protect transactions against fraud. Europay, MasterCard, and Visa are referred to as EMV. In essence, it is a global standard for chip-based debit and credit cards that guarantees the safety of payments at diverse POS terminals.

Through this programme, anyone with a RuPay Debit card that was issued by their bank within the last 18 months can use it to pay for their metro fare. Currently, this service is only offered on the Delhi Metro Airport Express line, but by the end of 2022, the full DMRC network will have access to it.

This will serve as an automatic fare collecting system and enable you to use your smartphone as an interoperable transit card to pay for fares for the metro, buses, and other services covered by the programme.

One Nation One Ration Card Scheme 2022

Important Points of One Nation One Card-

The National Common Mobility Card (NCMC) concept is already in use in a number of the world’s top nations, and it will soon be implemented in India with its own locally produced NCMC smart card.

Let’s look at some of the card’s main points to help us better grasp it.

One Nation One Card- NCMC Proposition

An NCMC card has various advantages for all parties concerned. Which are:

NCMC benefits operators, banks, and customers in addition to the customer. Check out the value proposition of this card below from the perspectives of the customer, the acquirer, and the bank.

Other market categories, including metro, parking, toll, and smart cities, will all use the same idea.

How to get RuPay One Nation One Card?

The NCMC RuPay card will be issued —

Simply put, customers who want their One Nation One Payment RuPay card to be compatible with the National Common Mobility Card must speak with their bank.

Currently, it appears that this program’s initial concentration is primarily on metropolitan regions, but over time, the government will need to endeavour to expand its reach to demographic groups throughout the nation, including the rural population.

It would be incorrect to claim that India has made progress toward its objectives of “Make in India,” “Digital India,” and creating a cashless economy with the introduction of the “one country one card.”

Note: As soon as the government releases an official announcement, we will update this post with the most recent facts. For more information on the one card, one nation initiative, keep checking back with us.

You can ask us any questions you may have about the National Common Mobility Card/ONOC in the comment section below, and we will get back to you. 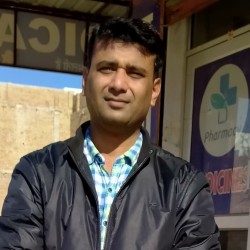 I’m the creator of PM Modi Yojanae site. I’ve been fascinated with Pradhan Mantri Modi for a long time and have spent most of my waking hours consuming knowledge about his schemes. My goal is to share the best tips and news about Pradhan Mantri Yojana so you can get more from them.